The United States of America is one of the most progressive and developed countries in the world. Surprisingly, among the many skyscrapers you can find amazing pieces of nature with magnificent plantings, bright colors and fancy trees. America is used to surprise, and botanical gardens are another confirmation of this fact.

In the USA, there are a lot of beautiful gardens and such places often become desirable tourist sites. This means each traveler who wants to admire the beauty of nature can rent a car with 14CARS.COM in the USA and visit them all…

Located in San Francisco, Japanese Tea Garden is the oldest Japanese garden in the United States. This park was created in 1894 on the occasion of the international fair held in the city. Amazing green areas of the park is the merit of famous landscape designer Makoto Hagiwara.

Garden decor, plants and even exotic animals were brought from Japan. However, during World War II, all ethnic Japanese living in the United States were sent to special camps. This fate befell the Hagiwara family.

Without the supervision of experienced Japanese gardeners, the garden fell into complete decay. Only in 1952, it was restored and became the tea garden, which everyone can visit now.

Filoli is a museum and at the same time farmstead famous for its magnificent gardens. It’s located in Woodside, California, which is 40 km away from south of San Francisco. The mansion was built in 1916 by the famous architect Willis Polk.

The first owner of the estate was the Bourn family, which gave it the name ‘Filoli’. Interestingly, this is an abbreviation of the keywords of the family motto – ‘Fight for a just cause, Love your fellow man, Live a good life’.

However, in 1937, the estate was bought by the Roth family, during which amazingly beautiful gardens were created around the mansion.

Filoli Gardens always look immaculate, updated several times a year, and are also a favorite place for filming various movies and TV shows. In order to maintain the excellent condition of the plants the garden requires the efforts of 18 gardeners. 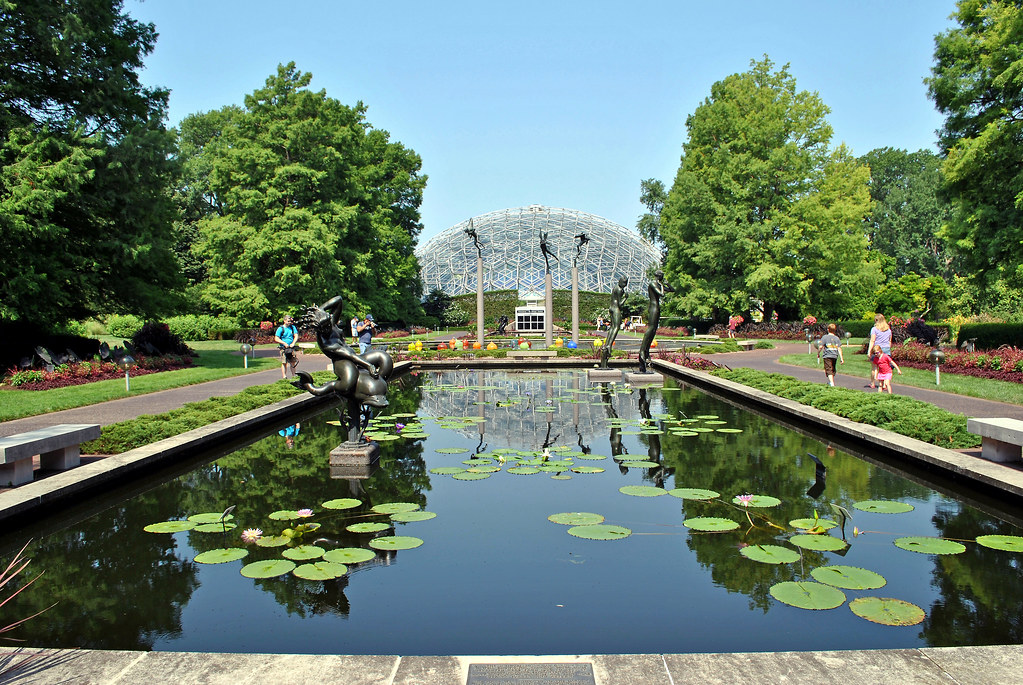 Currently, the area of ​​the botanical garden is 32 hectares. This is a major research center and, at the same time, a very beautiful park with amazing green corners. A Japanese garden, a greenhouse with tropical plants, a butterfly park, a rose garden with old gazebos, a children’s botanical garden and many other interesting objects are located in different parts of the territory. 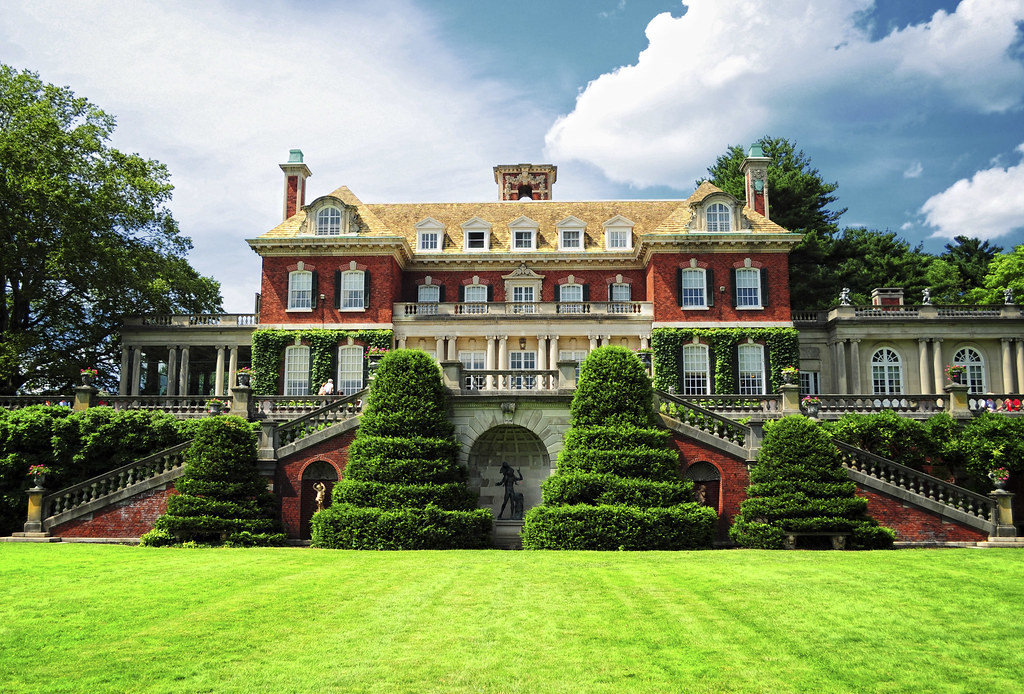 Not far from New York you’ll find the amazing Old Westbury Gardens. In fact, they are designed in the English style and considered to be the third beautiful gardens in the world.

Old Westbury was built in 1906 by the famous English architect George A. Crawley. The first owners of this amazing place were John and Margarita Phipps. They settled in a mansion with their four children. The family lived in this manor for almost 50 years.

During all these years the garden was improved – new elements and small architectural forms were added to it. It was a place where people were happy, and happiness left its mark on the appearance of the house and garden.

However, when the Phipps couple died in the late 50s, their children realized that they would never be able to return to the estate the feeling of joy that had been there for many years. Then they decided to open the estate for public visits, making something like a museum and the garden as a resting place for thousands of people.

In order to maintain the territory of Old Westbury in the appropriate condition there was organized the fund. Visitors to the estate note that when visiting it, it seems that people still live there. 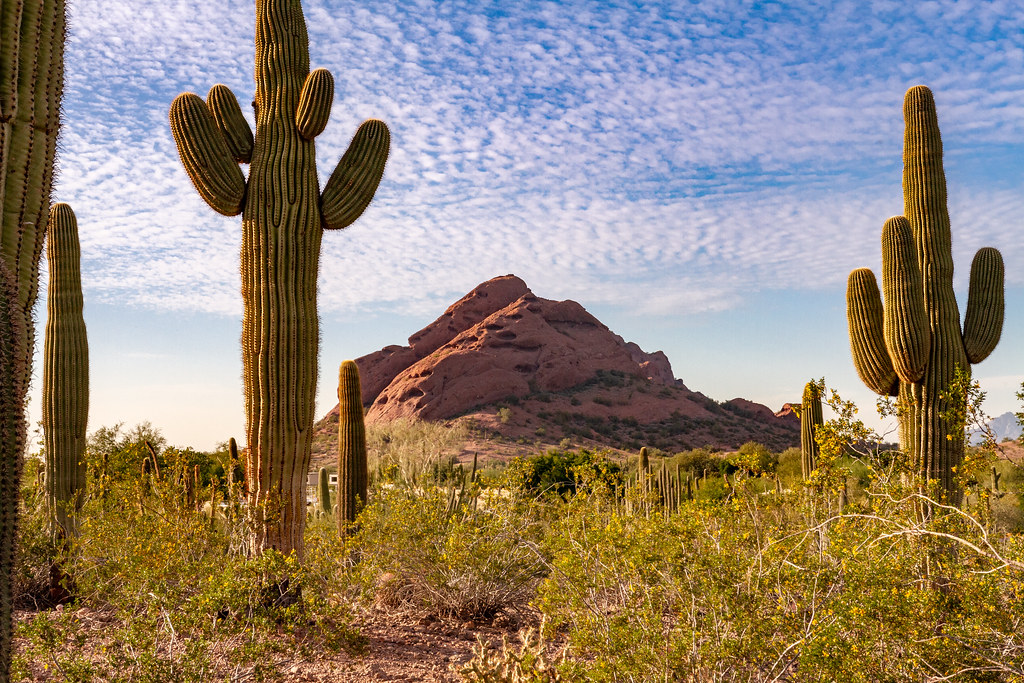 Think gardens and deserts don’t mix? The Desert Botanical Garden in Phoenix, Arizona boasts an amazing collection of plants. Here, over the area of ​​60 hectares, more than 50 thousand desert plants grow. Every year an exhibition of butterflies, cacti and wild flowers is held in the park.

The desert botanical garden, located in Arizona’s largest city, Phoenix, can be called one of the most futuristic natural places on the planet. This effect is created due to the exotic flora of the desert.

Cacti of various shapes and sizes are the main exhibits of the reserve. It’s worth noting that there are more than twenty thousand plants, some of which are endangered. The garden is especially beautiful in the morning and in the spring – at the time when the cacti begin to bloom.

How to Prolong the Lifespan of Your Dishwasher